I am generally a very linear person. Taurus; firstborn; structured and organized.

I like to do things in order. And my blog posts about my New Zealand trip have generally been chronological, starting with the beginning (at the top of the North Island) and continuing southward.

However, I am going to get out of order and skip to the end of my journey, because I want to talk about Antarctica.

The reason for that is threefold. First, it is hot summer here in Sacramento. And because it is on the opposite side of the world, it is also the opposite season – winter – in Antarctica. Just writing about it will make me feel a little bit cooler.

Second, recent news articles (like this one) have announced that the longest glacier in Antarctica (Pine Island Glacier) has calved, creating an iceberg one-fourth the size of Rhode Island. I think that piece of science information is fascinating!

Most of all, I want to write about Antarctica because while I have not traveled to the continent itself, I have visited the International Antarctic Centre in Christchurch. And it was an amazing experience!

We arrived at the Centre in the morning, after checking out of our last New Zealand hotel and before catching the first flight on our way back to the U.S. The Centre is literally across the street (an 8-minute walk) from the Christchurch Airport, and since our flight would not leave until 4:30, visiting the Centre was a logical way to spend our last few hours in New Zealand.

After 30 days on the road, I will admit that I was weary and not too enthused about spending time in one more museum before getting on an airplane for a 13-hour flight home. So although our tour leader had given us the brochure the night before, and encouraged us to plan for our time at the Centre, I did not. (Which is unusual for me, since before and during the trip I tried to research every activity to make sure I got the most out of each experience.)

We were greeted by a cheerful and knowledgeable guide, presented with a map of the facility, and told about some of the timed amenities – Antarctic storm, Blue Penguin feeding, and the 4D movie “Ice Voyage.” Throughout the rest of the Centre are interactive exhibits and ongoing movies, as well as a gift shop and café.

We were encouraged to explore and enjoy. And I did!

“Established in 1992 … the Antarctic Attraction is located in the heart of a working campus. It is from here that many Antarctic missions are organized. With this in mind [it] is designed to bring a powerful and memorable experience of Antarctica to visitors in a fun, exciting, informative and commercially successful way. … The Centre is home to the New Zealand, United States and Italian Antarctic Programmes, offices, warehousing, [and] the Antarctic Passenger Departure Terminal ….”  (Quoted from the Souvenir Booklet)

“I learned that Antarctica is the 5th largest continent, and the coldest, driest, windiest and highest on Earth. It’s an important place for research regarding climate change, geology and penguins (among other things). In 1959 twelve countries (including the US, Italy, Russia and New Zealand) signed the Antarctic Treaty, protecting Antarctica as an ‘international area’ used exclusively for peaceful purposes and shared research.

“And I learned a simple comparison between ‘The Arctic’ and Antarctica: The Arctic is floating ice with polar bears, Antarctica is a continent with penguins.

“I asked one of the guides what impact (if any) the 2011 [Christchurch] earthquake had on the Centre. I was told the greatest impact was loss of hotel rooms (or other sleeping quarters). There are usually about 2,000 people preparing to make the trek [to Antarctica], and few available places of lodging.”

[See the end of the post for more interesting facts.]

Here are some highlights of my exploration.

The Antarctic Storm blows every 30 minutes in the Snow and Ice Experience. Bundled in parkas and with overshoes on our feet, we experienced 40 km (approximately 25 mph) winds and a temperature as low as -18°C (minus 0.4°F).

In the NZ Penguin Encounter we watched the feeding of the Little Blue penguins, the world’s smallest variety. These birds, each with distinctive names and personalities, are “rescues” due to physical disabilities that would leave them defenseless in the wild. 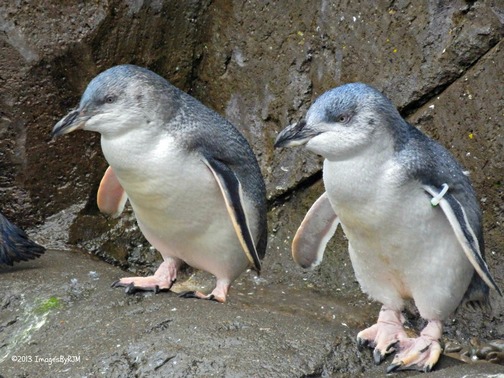 The Antarctic Gallery, billed as the “hub” of the Centre, is filled with informative hands-on displays and movies showcasing modern day Antarctica. Around the corner is a 17-minute high definition video that shows the seasonal arc from sunset to sunrise.

The Centre is fully accessible, and wheelchairs are available for use upon request.

I am SO grateful to have spent four-plus hours at the Centre. I entered knowing “next to nothing” about Antarctica. I exited with a greater appreciation for this very important international continent.

If you are going to be in Christchurch, I HIGHLY recommend that you visit. Plan to spend hours being educated and fascinated! 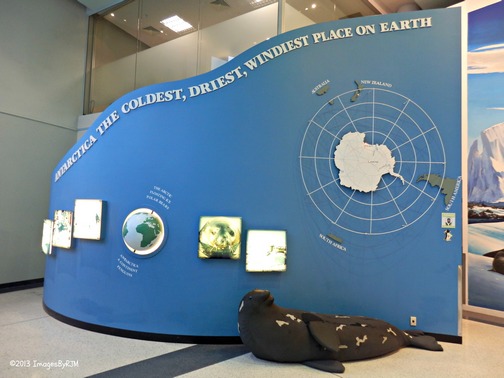 A few other science facts (from the “Exchill’arating Antarctica” handout):

“Antarctica is unique among the other land masses, having no indigenous people and being the only continent without a permanent human population. Also, no nation has sovereignty over Antarctica. The Antarctic Treaty, signed in 1959, is the legal instrument that protects Antarctica. It recognizes the interests that human kind has over this ‘international area,’ and establishes regulations to keep Antarctica exclusively for peaceful purposes: international cooperation in scientific investigation in Antarctica, prohibiting any military activity and/or nuclear activity, and sets the geographical coverage of this Treaty being the area south of latitude 60° south (including islands, all ice shelves and continent).

From the 12 original signatories countries … more than 40 countries have so far signed this international agreement. This represents around 75% of the world population being bound by this agreement.”

“If Antarctica was music it would be Mozart

Art, and it would be Michelangelo

Literature and it would be Shakespeare

And yet it is something even greater.”