As a docent, Carrieanna can frequently be found at Point Lobos, where she leads nature walks and talks about the flora, fauna, marine life and history of that area.

Recently, however, we decided to head northeast and explore the Natural Resources of Elkhorn Slough near Moss Landing in Monterey County.

We picked up a brochure with map outside the gates of the National Estuarine Research Reserve, which is closed on Mondays and Tuesdays.

According to the brochure, “The protected waters of the slough and its associated mudflats, wetlands, and nearby dunes, provide a haven for a wide variety of birds, fish and unusual marine life. This remarkable variety of habitats provides visitors a rare opportunity to explore and discover nature’s secrets.”

We decided to see what secrets nature had in store for us at Kirby Park, located off Elkhorn Road in the northern part of the Preserve. 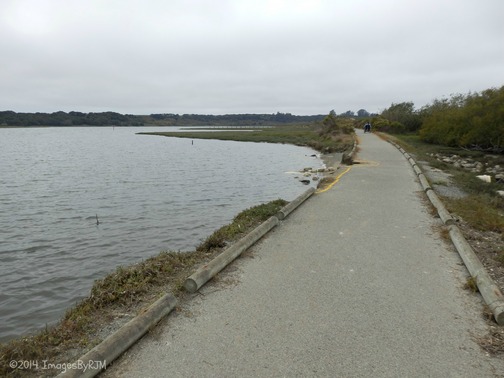 We found a nearly-empty parking lot, with one gentleman fishing near the small boat ramp. (We later heard him playing a violin, perhaps enticing the fish to take his bait?!)

The accessible path was paved and fairly level, so we decided to follow it as far as we were able. 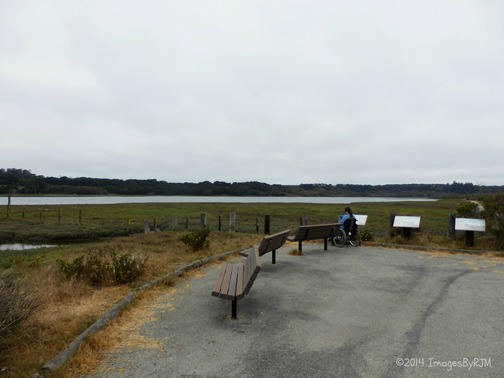 Along the way we found numerous small crab shells, suggesting that the sea birds had been feasting! 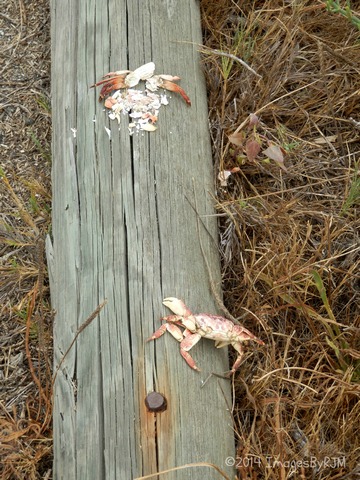 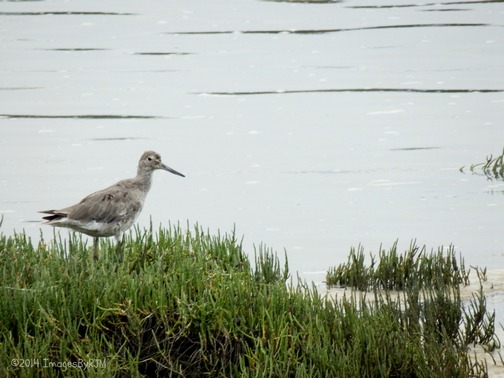 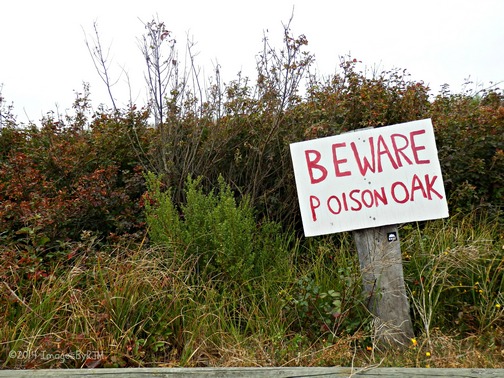 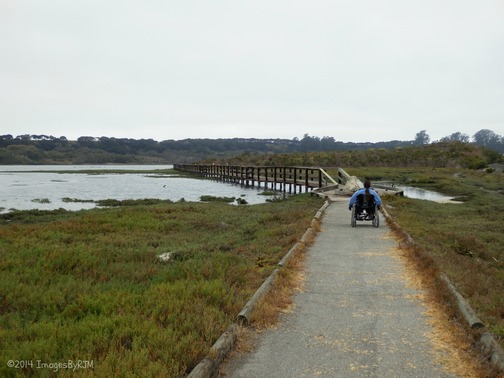 At the end of the paved path, we crossed a wooden bridge, which took us over water and wetlands to the end of the accessible pathway. Based on the abundant bird droppings along the railing, this structure apparently offered a great bird’s eye view of potential tasty treats! 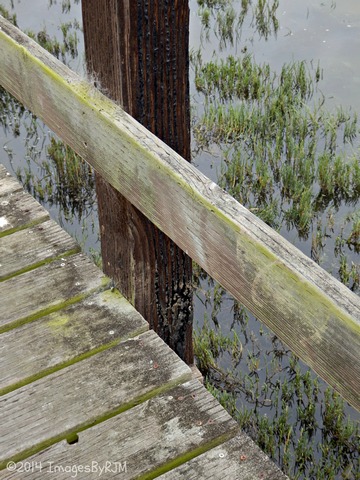 At the end of the walkway we stopped to quietly watch a pair of brown pelicans as they dove into the water and (usually) emerged with a bill full of fish.

We found ourselves quietly cheering at their success!

Other birds, including seagulls, long-billed curlews and two delightful semipalmated plovers, called out as they searched for food, and one or two sea otters floated in the still water.

Our Monday afternoon visit to Kirby Park was almost a meditative experience, as we enjoyed the sounds of nature without the noise of humanity. We will certainly return.

I love watching birds fish! I’ll remember this spot for that mention you made.

Neat Park. Looks also like a good place to fish.

Yes, the brown pelicans seemed to think so!